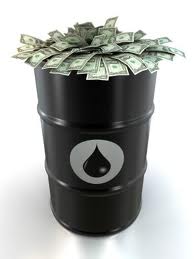 How much is this unending-subsidy that every government since 1985 has been removing but it is never exhausted? The debate is often clouded with deception because same subsidy is an instrument of enriching the oil buccaneers and at the same time, a weapon of taking back the little government claims to do.

Students went on demonstration in 1990s (under IBB) because of one of the elements of SAP (Structural Adjustment Programme) that required commercialisation of the refineries and reduction of the subsidy on pump prices of petroleum products.

General Abacha after IBB also increased the pump prices and set up PTF (Petroleum Trust Fund) to utilise the saved fund from removed-subsidy for developmental projects. And between 1998 and date the pump price has been increased eleven (11) different times (from N11/Litre to N65/Litre) and the country is still awaiting another round of subsidy removal.

To conclude that there is no subsidy will be wrong but that the authority has been playing games with the figures and presenting only one side of the data is an open secret that needs annotating on.

Nigerian government does not hesitate to compare the pump price in Nigeria with pump prices in the US and UK to show that oil is still cheaper in Nigeria. Someone needs to raise it that, there is no ground for comparism. While US is a net importer of oil; it is more expensive to drill oil at the North Sea (UK) than at the Niger Delta. We should be compared with oil exporting, developing nations like Libya, Algeria, Venezuela, Saudia Arabia, Egypt among others when it comes to cost of petrol.

Record shows that Nigeria has the highest pump price of petrol among the key oil-exporting, developing countries (Venezuela 3p/Litre, Saudi Arabia 8p/Litre, Libya 9p/Litre, Kuwait 14p/Litre, Egypt 19p/Litre, Algeria 20p/Litre among others and Nigeria 43p/Litre). Nigerian government should be comparing Nigeria with US and UK when it comes to number of people depending on generators to have light or driving on bad roads with non-existent public transport.

Looking at the terrifying figures presented by proponents of oil subsidy removal; Nigeria spends $17.33Million daily on fuel subsidy and a whopping average of $485.33Million monthly because the actual cost comes to 96p while the selling price is 43p (53p subsidy on every litre) with only local refining capacity of less than half a million while about 32million litres required daily.

While this may be considered an economic waste (classical economic explanation) the other side of the figure not presented by government is how much is Nigeria earning? Simple arithmetic indicates earnings of about $242Million daily and $7Billion monthly (based on OPEC quota of 2.2mbp)

Because the country earns about $242Million daily is no justification why government should continue with $17Million daily subsidy but explanation should be offered that the subsidy has been crawling with the price our oil commands at the international market, since we have failed to develop enough refining capacity to meet our need. 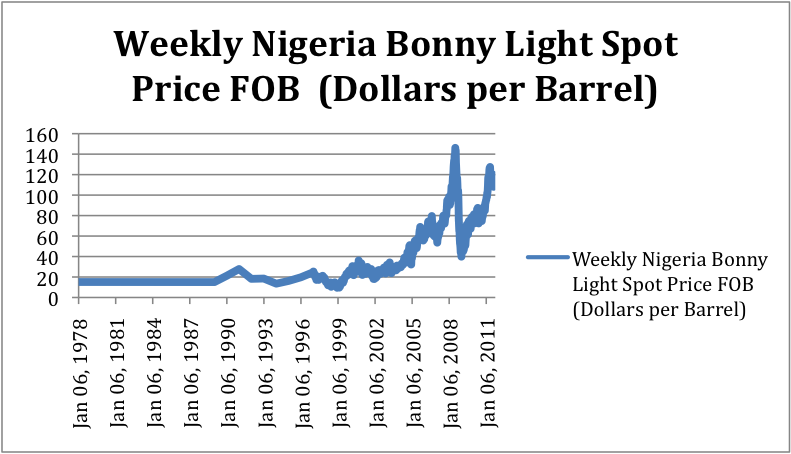 Raising alarm on the increasing rate of the subsidy without mentioning that the present government in the history of the country (next to Obasanjo’s regime during 2008) is enjoying the highest rate of crude oil price is a tacit deceit. Not explaining that the whopping subsidy figure in Naira would have been better if Naira value has not been falling is another fact often hidden from the public.

Should we also believe the claim that the actual cost is 96p/Litre? Is it really possible for a litre of refined petrol to be costlier than a litre of crude oil, which contains light distillate, middle distillate and the residues? Otherwise 96p cost-claim for petrol (middle distillate) alone will translate to $153/barrel when the full bonny light was going for $110/barrel.

Devoid of all technicalities is the question why 53 years after discovery of commercial oil in the country we can only refined less than 2% of our required demand and 0.1% of our daily production?

Recent extensive analysis done by SUPA (Strategic Union of Professionals for the Advancement of Nigeria) shows that if Nigeria were to be refining the locally consumed fuel instead of just exporting crude and re-importing the refined petrol; government would have been making a profit of 22p/Litre (N33) at the current selling price of 43p/Litre (N65). That is because a litre of petrol would have been costing N32/Litre.

Beyond the deception with the figures; another line of argument is the need to save the subsidy for developmental projects. But our history does not support such hope. The only government that came close to trading off subsidy for roads construction was General Abacha. An attempt by Obasanjo regime to save excess earnings saw the wrath of state governors who believed that there was no provision in the constitution for Nigeria to save (because it was in an “unconstitutional account”).

Some are claiming that until subsidy is removed, smuggling of fuel into Cameroun, Republic of Niger and Benin Republic will not stop. It is never a good excuse to remove subsidy on ground of smuggling? Why not curb smuggling. Evidence has shown that the more the price goes up in Nigeria the more it goes up in the neighbouring countries (implying that selling across the border will always be more profitable).

And the most troubling explanation was echoed by the Central Bank Governor, Mallam Sanusi. “This subsidy is going to a small group of people. The greater Nigerian people are not benefitting …. the subsidy is creating a pool of funds for a cabal. These are the same people who borrow from banks and do not pay; the same people who are rigging elections.”

Why not block the leakages instead of using it as a justification to remove the subsidy?

Naijanomics does not support perpetual subsidy but under present scenario; the most appropriate action would be to develop refining capacity of the country to meet local demands then remove the subsidy.

We are no proponents of subsidy. Subsidy breeds inefficiency but probity demands that true and complete picture be painted before a decision is reached and whoever doubts the need for government intervention should look into the Common Agricultural Policy (CAP) in the EU.