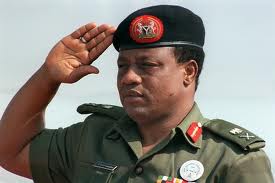 Structural Adjustment Programs (SAP) was the one-cap-fits all prescription of IMF and World Bank to developing countries during the early 1980s’ economic recession. The program comes with such incentives of obtaining loans at a very low rate to augment shortfall in earnings.

To obtain such cheap loans; developing countries were advised to privatise State-Owned-Enterprises (SOEs) and between 1988 and 1994 about 3,300 SOEs were sold in developing countries. It was posited that, privatisation will improve operational efficiency of privatised companies and will attract foreign investment.

The implementation of SAP in Africa became pronounced in the 80s. By 1981, Nigeria was actually beginning to cave under the debt burden of loans taken (even though there are claims, that most of these loans ended up in personal accounts of office holders); the oil glut of late 70s that resulted in dwindling oil revenues coupled with the international recession did not help the country’s case either.

SAP was implemented in Nigeria under the IBB’s regime (1985 -1993) with the basic policy elements of:

Realistic Exchange Rate = Devalue your currency so that your export will be cheaper (even if the price of your product is exogeneously determined, such as price of oil)

There were lots of revolts from Nigerians (particularly from National Association of Nigerian Students) when the program was to be implemented but proponents of SAP asserted that there was “NO ALTERNATIVE TO SAP”.

Barely 15 years after SAP, we can see the unsatisfactory performance of privatised State-Owned-Enterprises despite the mirage of positive outcomes presented at the initial stage (short term).

We look at NITEL (Nigerian Telecommunication) for example. NITEL installed-capacity was reported to have increased from 295,370 to 780,000 between 1985 and 1993. Total revenue jumped from N280Million to N17Billion and profit after tax from N420Million losses to over N1Billion profit between 1985 and 1995 (unaudited accounts). Today NITEL is moribund, riddled in corruption with no viable investor willing to touch it with a long pole.

The deregulated banking sector comes to fore also.  Before SAP, Nigeria had 32 approved commercial banks. By 1992, there were 120 banks (commercial and merchant banks) and 500 finance houses. Today, the country has 20 struggling commercial banks with lots of debates still hanging on capital adequacy of some of the banks.

The introduction of FEM (Foreign Exchange Market) under SAP immediately devalued Nigeria currency from N0.77/USD to N1.76/USD. By 1995 Nigerians were exchanging N22 for $1USD in the official market and N84 for $1USD in the parallel market. Today Nigerians need N150 in exchange for $1USD.

If one is still in doubt of how much devastation the program brought on the national economy, (such as elimination of the middle class); a gaze at NIPOST, NNPC, Nigerian Railway, Nigerian Airways ghosts of once vibrant, important, publicly-run companies speaks further.

The challenge today is not just coping with the effects of SAP but with the fear that same old elements of SAP are been re-introduced into our economy under a different scheme of IMF and World Bank POVERTY REDUCTION STRATEGY PAPERS (PRSPs). 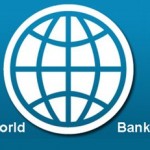 A common ground for the old concept and the new paradigm is that commercialisation under SAP was to reorganise those State –Owned-Enterprises into a profit making commercial ventures without subvention from government (this is the same objective that is been put forward by this administration for most of their proposals).

Campaign for realistic pricing of petroleum products is all over the airwaves just the way Professor Gana undertook the task of marketing government programs in the past.

Suddenly, Nigeria that paid out $12Billion as final payments for her debts to international lenders in 2008 is been issued International Standby Loan of $3.5Billion under the Flexible Credit Line of IMF. Same Nigeria is been encouraged to finance internal consumption with Euro Bond. Same Minister of Finance that supervised the depletion of Nigerian Reserve to paying down international creditors is to oversee the second issuance of Nigerian Euro Bond (after the $500 million issued in January of 2010).

Clear signals from the Central Bank of Nigeria about inability to sustain exchange rate at the present +- N150/USD is a preparation for further devaluation of the Naira.

One begins to wonder if the usual financial threats in which many analysts called blackmails from the Bretton Woods Institutions is responsible for the tacit second implementation of SAP in Nigeria or it is as a result of our leaders limited understanding of recent developments in the world economy (Greece, Portugal, France, Italy, Spain, US among others)?

Naijanomics is of the view that Nigerian government is reintroducing policy elements of SAP but this time not as a bundled program rather as pieces of well-sequenced action aimed at meeting Poverty Reduction Strategy Papers.

Their adopted strategy is to sell the short-term benefits of such programs to the citizens while they cover up the long term collateral damages associated with such proposals. We are been told how much will be saved in billions of dollar if “petroleum subsidy” is removed but they have not calculated how many people will be pushed further the poverty line?

Note: The reality and painting of abuses of the oil subsidy by the privileged few is quite scary and it makes economic sense to expunge the system of such leakages but certain actions such as functional local refineries is key.

One thought on “SECOND SAP IMPLEMENTATION IN NIGERIA”